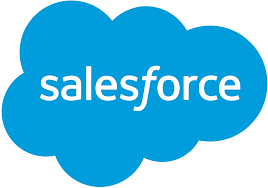 Salesforce stock rose 2 percent shortly after the company reported better-than-expected earnings for the fourth quarter of its 2018 fiscal year, which ended on Jan. 31, after the bell on Wednesday.


Receive News & Ratings Via Email - Enter your email address below to receive a concise daily summary of the latest news and analysts' ratings with MarketBeat.com's FREE daily email newsletter.

Here’s how the company did:

Salesforce gets most of its money from subscriptions and support, and with $2.66 billion in revenue there it exceeded the FactSet estimate of $2.59 billion, according to StreetAccount. But the company fell below expectations in the professional services segment, with $196 million, while analysts polled by FactSet had been expecting $218.2 million, according to StreetAccount.

The number of deals totaling more than $1 million was up 43 percent, Salesforce chief operating officer Keith Block said on the company’s conference call with analysts after the earnings release. “Multiple industry sources have suggested to us that Salesforce seems to have achieved its internal sales goals well in advance of the end of the quarter,” JMP Securities analysts Patrick Walravens and Mathew Spencer wrote in a Feb. 21 note.

Mizuho analysts Abhey Lamba and Parthiv Varadarajan thought the company would raise its revenue guidance for its 2019 fiscal year, they wrote in a Wednesday note. “Initial EPS outlook could indicate upside from a lower tax rate,” the analysts wrote. Other tech companies, like Cisco and Intel, have said they expect lower tax rates as a result of recently enacted U.S. tax reform.

Salesforce estimates that its tax rate, excluding certain items, will be 21.5 percent for the entire 2019 fiscal year. In the 2018 fiscal year the equivalent rate was 34.5 percent, chief financial officer Mark Hawkins said on the call.