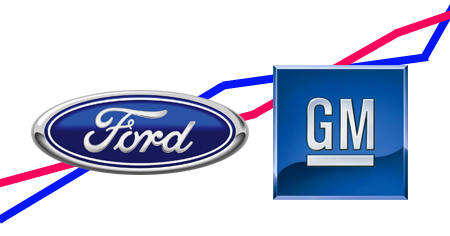 Morgan Stanley inspired a 6-percent run in Ford Motor Company F 0.45% stock Wednesday with its double upgrade, but the firm’s clients were unenthused.

In spite of their general objection to the trade and preference for General Motors Company GM 0.03%, Morgan Stanley reiterated its bullishness on the blue oval Thursday.

Analyst Adam Jonas maintained an Overweight rating on Ford with a $15 price target.

“The event path on Ford is seen as perhaps too ethereal and uncertain to bet on in 2018,” the analyst said. “We find this oddly encouraging.”

Jonas is convinced Ford is pursuing a transformational restructuring, which may include cost-cutting efforts and budget cuts for global initiatives of discretionary nature, as well as a 50-percent dividend cut in 2019.

“We expect Ford to take a more critical approach to chronically loss-making businesses where there may not be any reasonable prospect for long-term positive returns,” Jonas said.

“We admit that we have extremely low visibility on timing of anything specific other than to say that we expect communication around restructuring efforts to precede strategic redeployment.”

Morgan Stanley expects Ford to announce a detailed global restructuring plan between the late second quarter and the end of 2018.

“We view the Ford investment opportunity as a combination of depressed sentiment, bottoming earnings, optionality to restructuring actions and U.S. truck demand optionality.”

Ford fell 3.9 percent early Thursday before recovering to a rate on par with the prior session’s close. At the time of publication, the stock was up 0.18 percent at $11.04.